How can this be?

Baptism is one of the fundamental sacraments of the church. As our Book of Common Prayer states, “Holy Baptism is full initiation by water and the Holy Spirit into Christ’s Body the Church. The bond which God establishes in Baptism is indissoluble.”

For more than 40 years, The Episcopal Church has been exploring the theology of baptism, asking essentially “What does it mean when a person is sealed as Christ’s own forever?”

The implications of that simple question are staggering, and they have led The Episcopal Church on a path toward increasingly full inclusion of all the baptized in the life, worship, and ministry of the church. The result has been increasing inclusion of African Americans, the ordination of women to the priesthood and episcopacy (bishops), welcoming openly gay people as priests and bishops, and offering marriage rites to same sex couples..

This came to a head with the 2003 election of an openly gay man, the Rev. Gene Robinson, as bishop of the Diocese of New Hampshire. His diocese elected him, he received the required consents, and he was consecrated a bishop of the church. At each step in the process there was much consternation in the wider Anglican Communion, with some parts of the church seeking to punish The Episcopal Church.

One of those attempts was outlined in a document called The Windsor Report, in which The Episcopal Church was asked, in short, to explain itself.

“We particularly request a contribution from the Episcopal Church (USA) which explains, from within the sources of authority that we as Anglicans have received in scripture, the apostolic tradition and reasoned reflection, how a person living in a same gender union may be considered eligible to lead the flock of Christ,” said Paragraph 135 of the Windsor Report.

The response was a 136-page theological reflection called To Set Our Hope on Christ.

In the introduction, Presiding Bishop Frank Griswold wrote, “The Episcopal Church has been seeking to answer this question for nearly 40 years and at the same time has been addressing a more fundamental question, namely: how can the holiness and faithfulness to which God calls us all be made manifest in human intimacy? Though we have not reached a common mind we have come to a place in our discussion such that the clergy and people of a diocese have been able, after prayer and much discernment, to call a man living in a same-sex relationship to be their bishop. As well, a majority of the representatives of the wider church—bishops, clergy and lay persons—have felt guided by the Holy Spirit, again in light of prayer and discernment, to consent to the election and consecration. I have asked a group of theologians to reflect upon the question posed to the Episcopal Church in the Windsor Report.”

Read To Set Our Hope in Christ here.

This is excerpted from the introduction of one of the many study documents produced on this subject for the 2018 General Convention of The Episcopal Church:

The Episcopal Church has been seeking, in various ways and over the last 30 years, to celebrate the goodness of God, the grace of Christ, and the gifts of the Holy Spirit in the lives of our brothers and sisters who are gay and lesbian. [Beginning in 1976 a series of resolutions] has now led the Church to ask the Standing Commission on Liturgy and Music to “collect and develop theological and liturgical resources” for the blessing of same-sex relationships.

In response to that call, we offer this essay as a theological resource and invite the wider Church to reflect with us on how God is working today in the committed relationships of same-sex couples. For generations the Church has celebrated and blessed the faithful, committed, lifelong, monogamous relationships of men and women united in the bonds of Holy Matrimony. In The Episcopal Church, the marriage relationship is held in high regard, included as a “sacramental rite” by some, 1 and as one of the seven sacraments by others.

The Commission has discovered in its work in response to Resolution 2009- C056 that any consideration of the blessing of faithful, committed, lifelong, monogamous relationships of same-sex couples cannot ignore the parallels to marriage, whether from practical, theological, or liturgical perspectives. While this reality may well be inviting the Church to deeper conversation regarding marriage, the similarities between marriage and the blessing of same-sex unions also illuminate our discussions in this resource. For some Episcopalians, this material will resonate well with their long-standing experience and theological reflection; for others, the call from the 2009 General Convention represents a new and perhaps perplexing moment in the life of our Church. We take that difference seriously. To the best of our ability, given the mandate of Resolution 2009-C056 to “collect and develop theological and liturgical resources” for the blessing of same-sex relationships, we address those who are eager to receive this theological resource while also acknowledging that others have deep reservations about proceeding in this direction. All of us belong equally to The Episcopal Church and to the worldwide Anglican Communion and, most of all, to the universal Body of Christ. This theological resource honors the centrality of Scripture among Anglicans, interpreted in concert with the historical traditions of the Church and in the light of reason.

We are concerned here with The Episcopal Church’s decision on same sex marriage.

Again, let’s cut to the chase. In 2018 the 78th General Convention of the Episcopal Church authorized two new marriage liturgies (services) that can be used for all couples, gay and straight, as well as a blessing liturgy to be used in countries where same-sex marriage is not yet legal.

You can find the rites in this Word document.

The best place to learn how all this came to happen is the Study Resources from the Task Force on the Study of Marriage (remember, we DID invite you dig deeper).

From the Task Force on the Study of Marriage

Essay 3 A History of Christian Marriage

Essay 4 Marriage as a Rite of Passage

Essay 6 Agents of the State a Question for Discernment

Toolkit for the Study of Marriage

Indeed, if you want, here’s a whole BOOK on the subject.

Church Publishing has just published the new rites and other materials in this book:  “LITURGICAL RESOURCES 1, REVISED AND EXPANDED.”

And here is even more information from the Standing Commission on Liturgy and Music of the General Convention of The Episcopal Church.

From the Standing Commission on Liturgy and Music 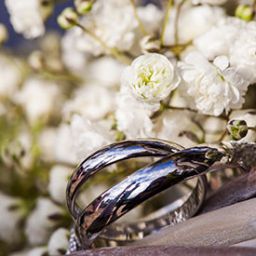 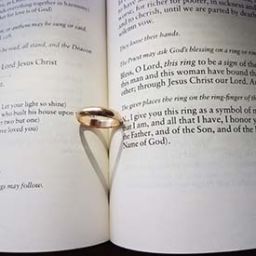