Women Deacons, Priests, and Bishops in The Episcopal Church

The Christian church has discriminated against particular groups for such a long time that we must explicitly state what should be obvious and self-evident:

In The Episcopal Church, women are of equal worth and dignity with men, and have full access to all orders of ministry, including the ordained priesthood and the office of bishop. They serve as deacons, priests, and bishops. From 2006 to 2015, the presiding bishop of our church was a woman, the Rt. Rev. Katharine Jefferts Schori. (Our current presiding bishop is the first African American to hold that office, the Most Rev. Michael Curry.)

This openness to the full inclusion of women in the life, worship, and ministry of the Church was a long time coming. Women had been seeking entry into the leadership roles of the Church for decades. A 1967 General Convention resolution had opened the diaconate to women and recognized that women currently serving as deaconesses were indeed ordained clergy and members of the diaconate.

Resolutions on women’s ordination had been narrowly defeated at the 1970 and 1973 General Conventions, the governing body of The Episcopal Church. Fed up with the delays, a group of women deacons decided on a courageous and prophetic action.

On July 29, 1974, in Philadelphia, three bishops, claiming that “obedience to the Spirit” justified their action, ordained these eleven women deacons to the priesthood. These brave women came to be known as the Philadelphia Eleven. The ensuing controversy surrounding these irregular ordinations highlighted divisions evident in the church over this issue, but also presented the church with the incarnational reality of women priests at the altar. Suddenly this wasn’t just theoretical. These were real woman offering real sacraments. It profoundly changed the conversation.

Finally, in 1976 the General Convention approved the ordination of women to the priesthood and the episcopate (bishops) in The Episcopal Church and stated that such ordinations might begin on Jan. 1, 1977.

After the 1976 vote, most dioceses accepted the ordination of women, and ordinations of women proceeded at a rapid rate. The 1997 General Convention revised the canons to prevent any diocese from denying access to the ordination process, or refusing to license a member of the clergy to officiate, solely on the grounds of gender.

A theological look at women’s ordination.

Click here for an interactive timeline on women’s ordination in The Episcopal Church. 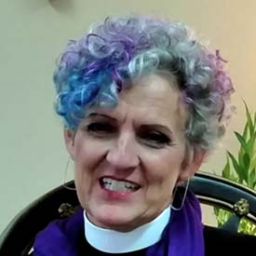